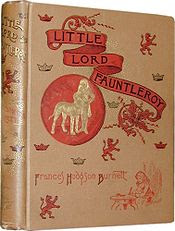 When I was a kid I used to love to watch Million Dollar Movies. I especially loved the old black and white movies, including Little Lord Fauntleroy-it was like a boy Shirley Temple movie! So when I came across Little Lord Fauntleroy at Librivox and saw that it was written by Frances Hodgson Burnett (I just love The Secret Garden) why I couldn’t resist.

Cedric Error is a little American boy, orphaned young by the death of his British-born father but growing up happily with his mother, who he calls Dearest. He has many friends in his neighborhood-including the local grocer ---as well as all the boys around to play with.

Sudden change comes when a lawyer shows up one day…a British lawyer. Young Cedric’s late father was the third son of the Earl of Dorincourt and now with the death of his father’s two older brothers-both without heirs- Cedric finds himself the Earl in waiting….with the title Lord Fauntleroy. His Grandfather wants him to return with the lawyer immediately. Never reconciled to his son’s marriage to an American, he grudgingly “allows” her to come with her son but she must live in the Lodge alone and not reside in the main house with him and Lord Fauntleroy. She agrees. This is an interesting point-she agrees because she feels the advantages for her son and because she believes her late deeply loved husband would have wanted it- but would he?

The Earl is a grumpy old aristocrat-arrogant and selfish. He likes young Cedric because he is polite and handsome.

“What the Earl saw was a graceful, childish figure in a black velvet suit, with a lace collar, and with lovelocks waving about the handsome …little face.”

He is totally taken by those famous long curls! (more about that later). As he gets to know the sweet, generous hearted boy he comes to love him.

Yes, there’s are a few anxious moments-another heir shows up!- but the book is really about the relationship between the Grandfather and little Cedric and how the love of a little boy can change anyone.

You can download the free audio-book with a lovely reading by Susan Umpleby here or the free e-book in pdf. or kindle format here.

Cedric’s black velvet suit with large white collar and his beautiful curls became a smash hit-a fashion fad favorite for little boys in America (and even in Europe)-a fad that lasted from the publication of the book in 1886 (originally in serial form in St. Nicholas Magazine in 1885) until the beginning of the 20th century. Now here’s what I think is the funniest part of this whole fashion fad for a style that is definitely odd to us today-Ms. Burnett patterned little Cedric’s look on that of her own sons. She made them little velvet suits (yes, she was a sewer!) and she curled their hair every day! 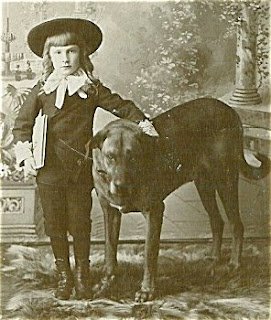 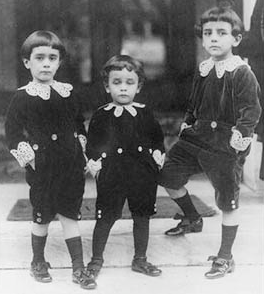 My very own Million Dollar Movies! You can watch that lovely 1936 film right here…isn’t You-Tube amazing!

Miri, what a wonderful review. Nice to know Frances Hodgson Burnett was a sewer. My mother over-used the expression "he's a little lord fautleroy" :-(

Oh my goodness, I am so going to watch the youtube video. I haven't seen that in years! Isn't it funny how some mothers still dress their children to be a fashion statement?

Awesome - off to download - you do the best reviews!

I wonder if Frances Hodgson Burnett was also a tatter? The lacework on Vivian's jacket looks like it could be tatting?